No topics are associated with this blog

An inverted yield curve is considered a warning of financial storms ahead. Here is the negative spread between the 10-year Treasury and the 3-month Treasury. It looks a bit like a barometer warning of an approaching low-pressure front.

"Last Time" means 2006. At that time, the yield curve was inverted but the economy didn't seem so bad. Most of us had an inkling but no real idea of what lay ahead. 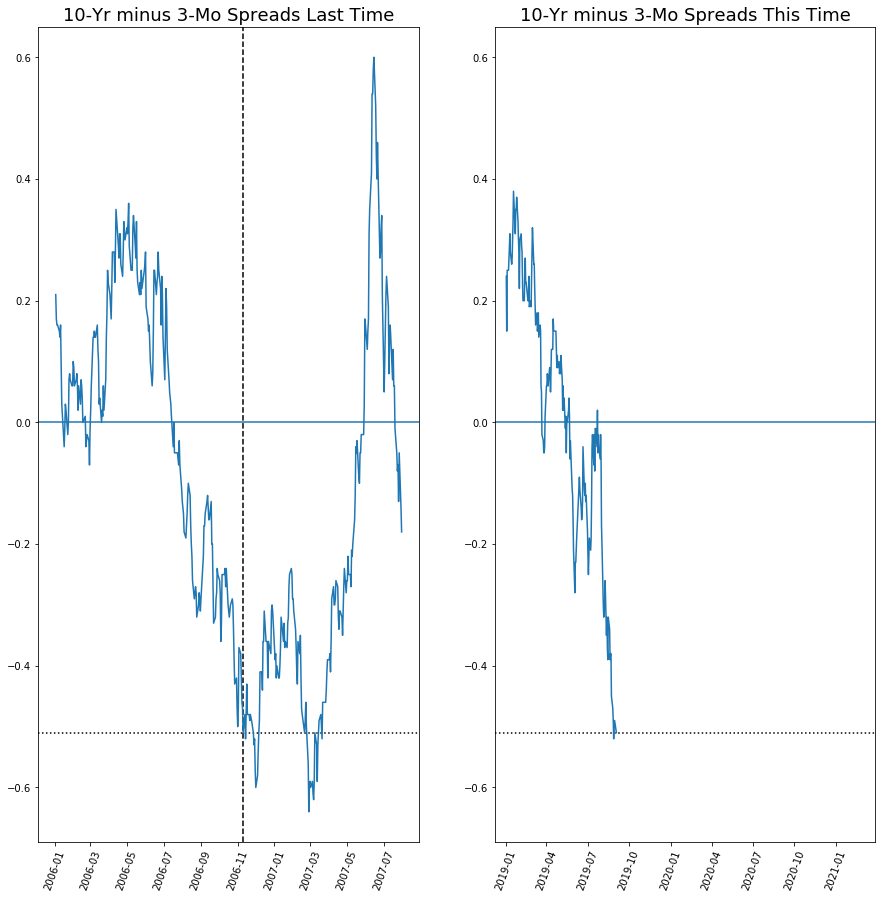