Reflections on Impending Obamacare
Reform was surely needed to remove distortions imposed on medical care by its financing. The next big questions are what the Affordable Care Act really reforms; and, whether the result will be affordable for the whole nation. Here are some proposals, just in case.

A Government of Limited Powers

The Canadian nationalized health system was organized in 1984 as a collection of provincial health systems under national control, and American visitors frequently asked how such a hybrid had been put together. Very simple, replied those who approved; very sly and tricky, replied those who disapproved. Canadian provinces were all taxed for the costs of the healthcare system, but the only provinces to receive benefits were those who agreed to the Federal plan. Effectively, a province had to pay for it no matter what but only got some benefits if it agreed to the rules. So one by one, even in the oil-rich western provinces, they reluctantly agreed. Obamacare seemed to be following the same pattern when the Affordable Care Act specified that only States with State-organized insurance exchanges would receive subsidies for the expanded State Medicaid programs needed to supply coverage, but of course, the citizens of all states would have to pay for it. The law provided that if a state declined to set up an exchange, the Federal Government would set one up in their state. But states with such federal exchanges would receive no subsidy. The states which rejected the establishment of state insurance exchanges immediately found themselves in the same position as the Canadian Provinces in 1984 -- assigned the costs but denied the subsidies -- unless they complied with the dictates of the Federal Government, which in this case found it convenient to describe itself as helpless to challenge the declared will of Congress. As it turned out, 36 states unexpectedly rejected state exchanges and so were given federal ones. It made it all a little awkward to run someone else's program without funding. Their rejection hardened decisively when, shortly afterward, the U.S. Supreme Court disapproved this whole arrangement, calling it "blackmail." 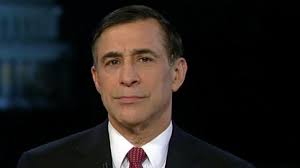 The response of the Administration, which by then couldn't change the law because the 2010 elections had revolted and elected a Republican House of Representatives, was to change the regulations to be in conflict with the law which created them. In these days of televising the meetings of Congressional committees, the nation was treated to the spectacle of watching Chairman Issa's jaw drop. The lawyer who was defending the Administration's position repeated several times that she "could find no evidence" that the law had been written the way it was in order to pressure states into forming exchanges, and she would scarcely go a word beyond that. Apparently, she expected Congress to believe that the Affordable Care Act had really been written by Congress when earlier televised hearings had allowed the public to watch how the Administration dumped it on the desks of Congress with no time even to read it. The reason for this later change of heart would seem pretty obvious in view of the Supreme Court decision, but to misrepresent it before the same congressmen who had been manhandled by it, was apparently more than Chairman Issa could find words to express. Issa quickly adjourned the hearings, and no doubt he and everyone else retreated to the lawbooks for help in deciding what in the world to do next. 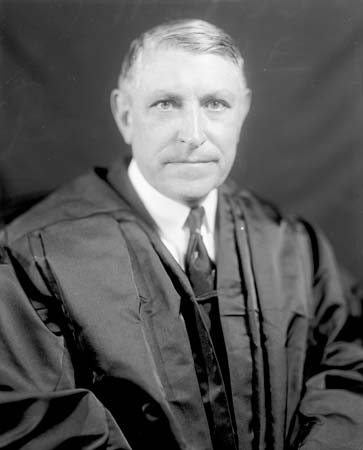 If so, they undoubtedly encountered the McCarran Ferguson Act of 1945, which provides."No Act of Congress shall be construed to invalidate, impair, or supersede any law enacted by any State for the purpose of regulating the business of insurance". The McCarran Act had the purpose and effect of retaining the regulation of the insurance industry -- alone among major industries -- in the hands of state governments. This regulatory shift, in turn, responded to the Roosevelt Court-packing fracas of 1937, which was firmly centered on the "Commerce clause" of the Constitution, which states "Congress shall have the power...To regulate Commerce with foreign Nations, and among the several States, and with the Indian Tribes". Essentially, the Roosevelt Administration by insisting that the word "interstate" be effectively removed from common usage and understanding of the power of the Federal Government to regulate commerce and commerce, was amending the Constitution in an unconstitutional way. As matters turned out, insurance was the only industry to be excepted. In spite of a recent popular landslide in 1936 re-electing FDR, the Supreme Court had initially refused to agree to re-interpreting the Constitution even with Roosevelt's threat to keep appointing new Justices until he got a majority. Ever since, the word "interstate" has disappeared from language about the Constitution, by a process which certainly does not resemble the methods specified for amendments. Since for nearly seventy years, insurance regulation has been in the hands of state governments, it will be interesting to see how the meaning is interpreted of "No Act of Congress shall be construed". In a nice reminder of this whole absolutely focal point in Judicial history, the Justice who switched his vote and made it all possible was also named Roberts. Justice Owen Roberts of Philadelphia.