Investing, Philadelphia Style
Land ownership once was the only practical form of savings, until banking matured in the mid-19th century. Philadelphia took an early lead in what is now called investment and still defines a certain style of it.

How Should We Reform Real Estate Finance?(1) 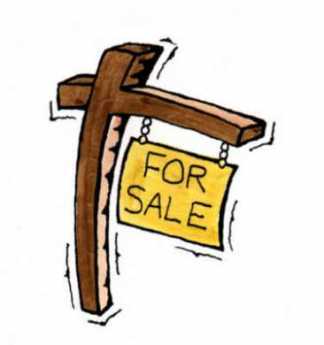 As any surgeon knows, first you must stop the bleeding. After that, the surgeon needs a medical consultant to quote Hippocrates to him: don't make matters worse. But political crises differ from medical ones in one important feature. A crisis presents an almost heaven-sent opportunity to make political changes which have long been held back by interest groups at loggerheads, each side chanting, "If it ain't broke, don't fix it." Something is quite evidently broken in the present American system of financing home real estate. The majority of the population who could care less about mortgages, now see that something wrong with mortgages could ruin our country.

As a first generalization, we need to stop worshiping houses. In the old Quaker maxim, the worship of buildings is idolatry. Just because some overpaid celebrity owns five houses does not translate into a rule that every single American ought to own his own home, or that every single home ought to contain every gadget to be found in Hollywood. Depending on the distribution of age groups, probably no more than half the population ought to own a house. The rest would be better off renting, so they can readily move to another state for a better job. Or move from the city to the suburbs where the schools are better. Or reduce useless commuting time by moving closer to work. Or move to be closer to grown children, or into a retirement village. A new economy involves creative destruction of old economies; those workers who won't move, will be marooned. Therefore, a tenacious resistance to moving from an old neighborhood, state or region is a costly luxury. A culture which encourages nostalgic immobility, or a sociology concept that permanent home ownership is "a right", both impair the nation's competitiveness in what is going to be one whale of a competitive world. At the least, we can stop repeating the falsehood that it is cheaper to own than to rent. It isn't and it probably hasn't been true for a century.

On the size of housing, there must be some ambivalence. Beyond doubt, computers have encouraged more people to work at home, and working mothers are desperate to find a way to work and care for children at the same time. Big-screen televisions and ubiquitous portable computers have massively moved entertainment from the movie houses downtown and in the shopping malls, back into the living room. The scene of everyone in the family wordlessly communicating with some invisible friend has given a new slant to David Reisman's Lonely Crowd. So, perhaps there is some utility in enlarging the house, which is no longer just a place to sleep and eat. Nevertheless, a gigantic second home in Florida has "tax dodge" written all over it.

Finally, America has wastefully invested far too much in housing. Housing is like gold; it may well be costly, but it has no intrinsic utility, no ability to produce national growth, as is true of starting a business, investing in a stock portfolio, or just depositing in a savings account. In the early stages of inflation a house may be a hedge like copper futures, but in times of economic stress -- up or down -- its constant maintenance costs are a millstone around the neck of all but the wealthy. At the beginning of the Twenty-first century, we find ourselves with far too many houses, most of which are too big for the needs of the owner. Our culture needs to stop worshiping that idea. And, yes, the Secretary of the Treasury and the Chairman of the Federal Reserve must temporarily ignore these fundamental truths, and stop the bleeding. Once they do, we will find houses are considerably cheaper.