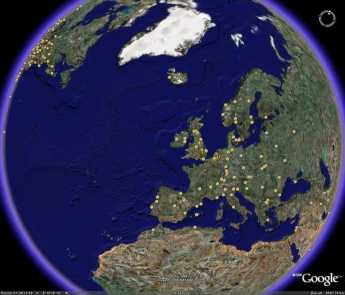 Almost every day, stock market averages take a sharp jump, either up or down, a few minutes before closing time. Two explanations are usually offered. Regulations require brokers (but not banks, unfairly) to "mark to market", which is to reveal their newly calculated positions based on market prices, whether they traded or not. Those whose assets changed market value are aware of it, and may see an opportunity to speculate on the market's reaction prior to opening their own Kimonos. Mutual funds settle their accounts with customers based on end-of-day prices, but often fill their orders based on prices prevailing during the day; it's one of the advantages of exchange-traded funds (ETF) over index funds that they trade and settle at the same time. Short sales and hedges often wait to the last moment to close their positions; hedge funds and quantitative traders may lie in wait for this to happen and take advantage of it. Some quantitative traders use computers to transact tens of thousands of trades in an hour. The sums of money involved can often be considerable, and it wouldn't matter what different time was selected for a closing hour; the phenomenon would simply shift its timing to match. A second main reason for this explosive end of day activity is the New York Stock Exchange rule that members of the exchange must transact all business in listed stocks during business hours on the floor of the exchange. The self-serving motives behind that rule are evident to all; so a growing proportion of trades, possibly a majority, are transacted on other exchanges five minutes before the New York exchange opens and five minutes after it closes.

When some world-shaking event takes place after the closing bell, it is possible to watch the reaction of the world's stock exchanges moving around the world hour by hour, time zone by time zone. Announcing major financial news is often intentionally delayed until the New York markets are closed, as was the case with the forced merger of Bear Stearns into JP Morgan Chase. Other markets are open, however. The Japanese markets, in this case, responded with a 3% drop, and it was followed all night by a 3% drop every hour in each successive time zone until finally, the New York markets opened unchanged the next morning. After that big Kahoona had its say, all littler markets then scuttled back into line.

With electronic exchanges and trading becoming increasingly common, there is no technical reason why all exchanges worldwide could not remain open every day of the year, twenty-four hours a day. To make that work, however, all trading would have to be conducted by the machines without reference to human opinion. The machines can respond to sales volumes even better than floor traders can, but they would not respond to contingent orders on the specialists' books, or to the opinion of floor traders that hysteria was somehow getting out of hand. With some adjustments, even this could be handled, but the customers would resist. Customers have to get some sleep, even if machines do not; customers want to be able to change their minds in response to market action. Modern portfolio management theory suggests these customers might be better off if the whole thing were on auto-pilot. But just try to tell that to the customers; even the little old ladies would shake their umbrellas at you if you suggested it.

That doesn't mean the public is ready to go back to the Buttonwood tree, once a week. In France, the government has responded to the public clamor by shortening the work week to thirty hours, with plenty of long weekends. Where a holiday falls on Thursday, Friday is automatically a holiday as well. When it falls on Saturday or Sunday, Monday is a holiday. France isn't very religious, but is intensely respectful of scads of Saint's days. That happens often enough that there are quite a few five-day weekends.

Philadelphia's Global Interdependence Center was recently touring Paris during one of those five-day weekends, on a Friday. The Americans were the only people in a town of five million people who were wearing ties and jackets, and the natives at the sidewalk tables didn't need to hear our accents to know who we were. A visit had been arranged at the Bourse, for a nice lunch with the marketing folks and a sales pitch by an official of the stock exchange. With masterful diplomacy and graciousness, we were told interesting stories about the history of the place, ending up with a description of their deep sorrow that so few Americans list their stocks on French Exchanges, or even trade their European holdings in France. After all, Paris is only a one-time zone away from London.

"It isn't the time zone, sir", spoke up one American unaccustomed to wine with lunch. "It's the five day weekend."